In the early morning, I discovered that the toilet seat in the privy had been chewed in half by a bear. Bears had reportedly done that at other privies. I returned to my sleeping bag and slept lightly until most of the others moved on. When the sun came out, Randy strung up a clothesline between two trees with enough room for me and Skylar to hang our damp clothes. We passed a pleasant morning over breakfast—grits with ham and peas for me.

A couple of hikers I talked to early on said that Flint Mountain Shelter, eight miles away, was nicer than Jerry Cabin Shelter, thirteen miles away. They were the only hikers I passed all day. A field of daisies and purple flowers attracted me to stop for lunch—bean-bark stew with ground beef and vegetables. The trail opened up several times after lunch to views of the neighboring mountains. For good measure, there were creek crossings and a waterfall along the way. 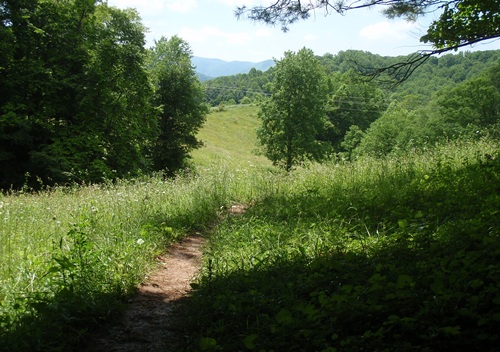 The water crossings made me think of my daughters, who loved playing in creeks when they were little. Now they were grown up and out of the house. My youngest daughter had moved back into the house while I was gone to look after our dog. Rocky had spent the past twelve years within a few feet of me. His hips were failing, so I built a ramp up the stairs before I left. I wondered how he was getting along without me. 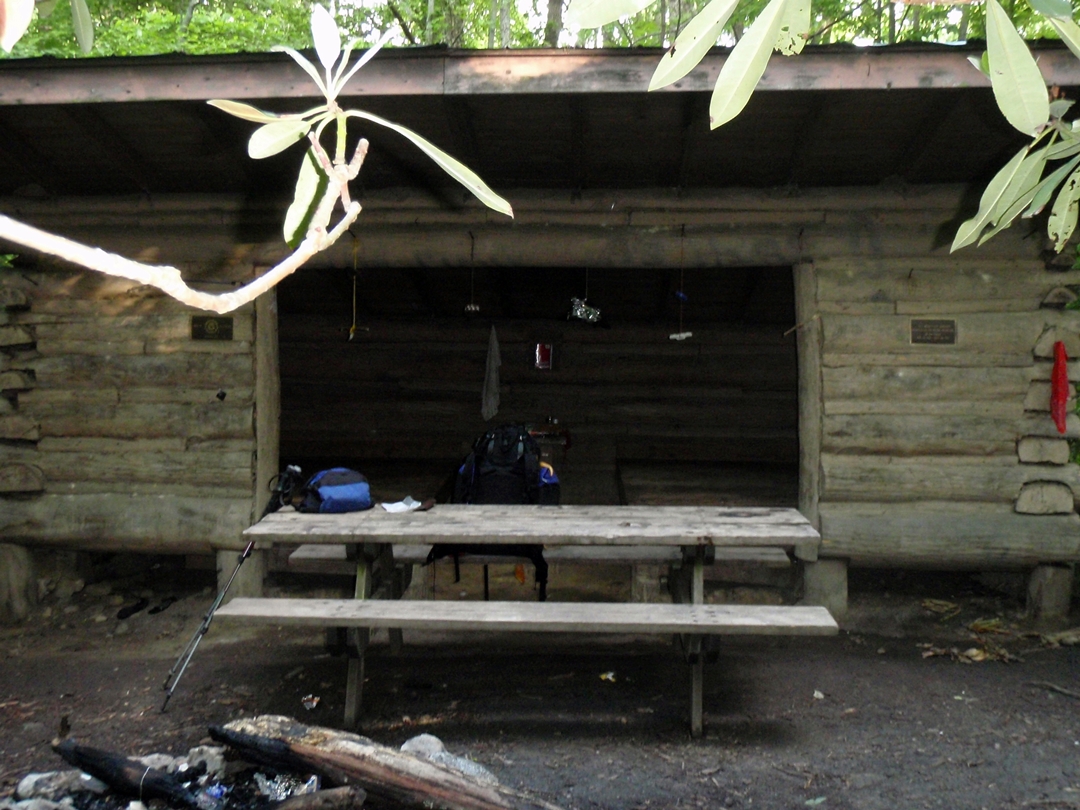 Flint Mountain Shelter was empty when I got there early in the evening. Somebody had left a ginger ale in the stream and an apple in the shelter. I drank the ginger ale right away and ate the apple while I cooked Spanish rice with beef and tomatoes, plus a side of broccoli, and mud pie for dessert. Accepting the trail magic required carrying out the empty can, but it was worth it. There were bear cables behind the shelter, but I didn’t see them until after I had hung my food bag from a branch over the stream. The shelter was made of logs, very similar to last night’s shelter. There was an open space in the middle, dividing it into two sleeping platforms. I swept it out with a mesh bag that had been left there. This was the first time in two weeks that I slept in a shelter alone. A bright moon lit up the sky. The sound of the stream lulled me to sleep.