Jerry and Sara were gone in the morning. I cooked couscous with ground beef and tomatoes for breakfast. The storm had left oxygen-rich air in its wake. Mist rose from the soaked earth with an organic aroma. Broken-off branches lay everywhere. Walking on, I held a hiking pole in front of my face to intercept spider webs freshly spun across the trail. The first six miles to Brown Fork Gap Shelter were gently uphill with an occasional short, steep ascent.

After cooking lunch at the shelter—chili mac with broccoli—thunder echoed from a distant mountain. There was no way to tell which way the storm was going since the air was still. The small log shelter smelled musty and felt claustrophobic with six people already there, so I pushed on. A mile past the shelter, torrential rain poured down. Lightning cracked with ground-shaking booms. A tree along the trail had a long strip of its bark blasted off—it was steaming hot. 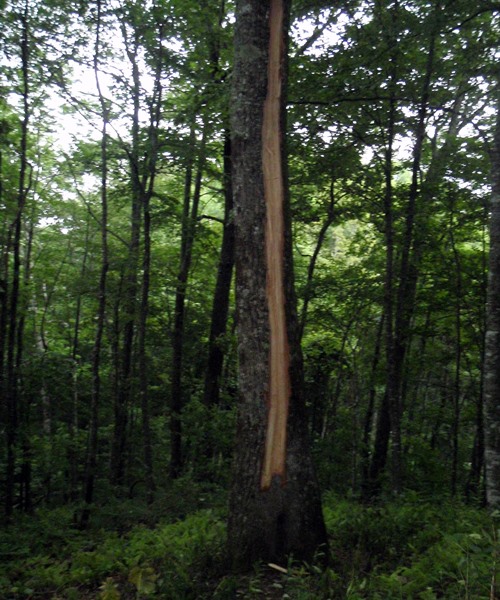 The pounding lasted two hours until Stecoah Gap. A view opened up of white clouds floating in the valley below me, corralled by the mountains. The trail ascended steeply from the gap for a mile before leveling and then dropping to Locust Cove Gap, where the ground was curiously dry. 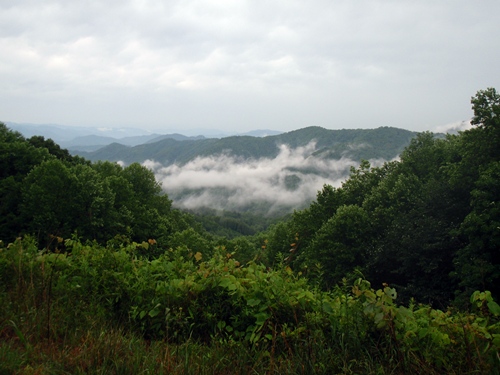 There was a well-worn campsite just off the trail at Locust Cove Gap, so I tied one end of my tarp to a tree and the other end to a hiking pole. While there was still light, I threw a line over a tree limb so I could quickly hang my food bag after supper. 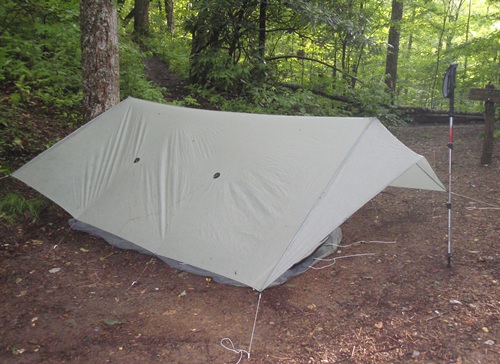 After a quick trip down to a spring for water, I cooked ratatouille and rice with a side of broccoli, onions, and black-eyed peas with peach cobbler for dessert. The glow of sunset sunk behind the trees after supper, and I retreated under the tarp for the last time. An owl hooted from a distant perch.