Deep, recuperative sleep held me in bed past ten in the morning. I took another shower to wash away the grogginess. Back at my cabin, I cooked chicken fettuccini for breakfast, a packaged meal that I had purchased back at Mountain Harbour Hostel. My mail drop had arrived with four days’ provisions. To that I added Gatorade powder and three Snickers bars. Since my cell phone wasn’t working in the mountains, I mailed it home.

Relaxing on the porch of the cabin, I drew up a new itinerary with fewer miles to hike each day. The new priority was to savor the remaining sixteen days I had left in the woods rather than meet unrealistic mileage goals. I was still sitting there at lunchtime, so I hopped in Johnny’s van with a load of thru-hikers and went to the all-you-can-eat Pizza Plus. After several trips to the salad and pizza bar, the guy across the table from me came back from the dessert bar and started dipping his cinnamon-sugar-glazed pizza in chocolate pudding. 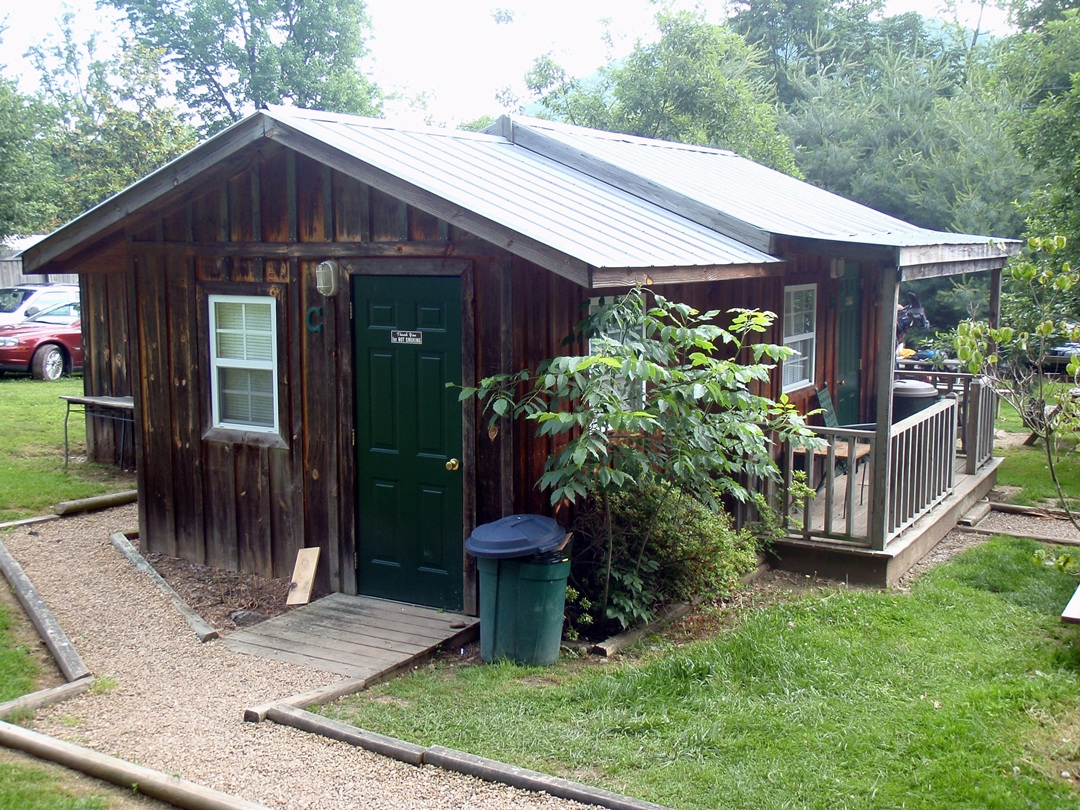 Back at Johnny’s, a thunderstorm rolled in, so I wrote in my journal until it passed. Six young men decided to stay another night. They had been hanging out for a week now, sucked in by the creature comforts and Johnny’s afternoon beer run. It was late afternoon when I left. The climb out of Erwin was steep but manageable with the switchbacks. Every few hundred yards, a better view opened up, looking down at the Nolichucky River. As I turned away from Erwin at the last overlook, a train rumbled through town, blowing its sharp whistle. Today it was hauling pickup trucks, yesterday coal.

After the climb, the trail proceeded smoothly, often tunneling through thickets of rhododendron. Wind gusts swooshed the floppy leaves. Two hikers coming my way said No Business Knob Shelter, about a mile ahead, was full. I would have to sleep under my tarp tonight. Before that thought had time to percolate, a shadow descended, and dark clouds roiled above. A fat raindrop hit my head and then another. I scanned for options. Nearby was a clearing with two pine trees close together. Thunder cracked. I tied my tarp to the two trees, staked the four corners, and climbed under—one second before the storm let loose. From under the tarp, I extended an arm to stake down the sides. An intense pine scent breezed through as wind and rain whipped the evergreen boughs. 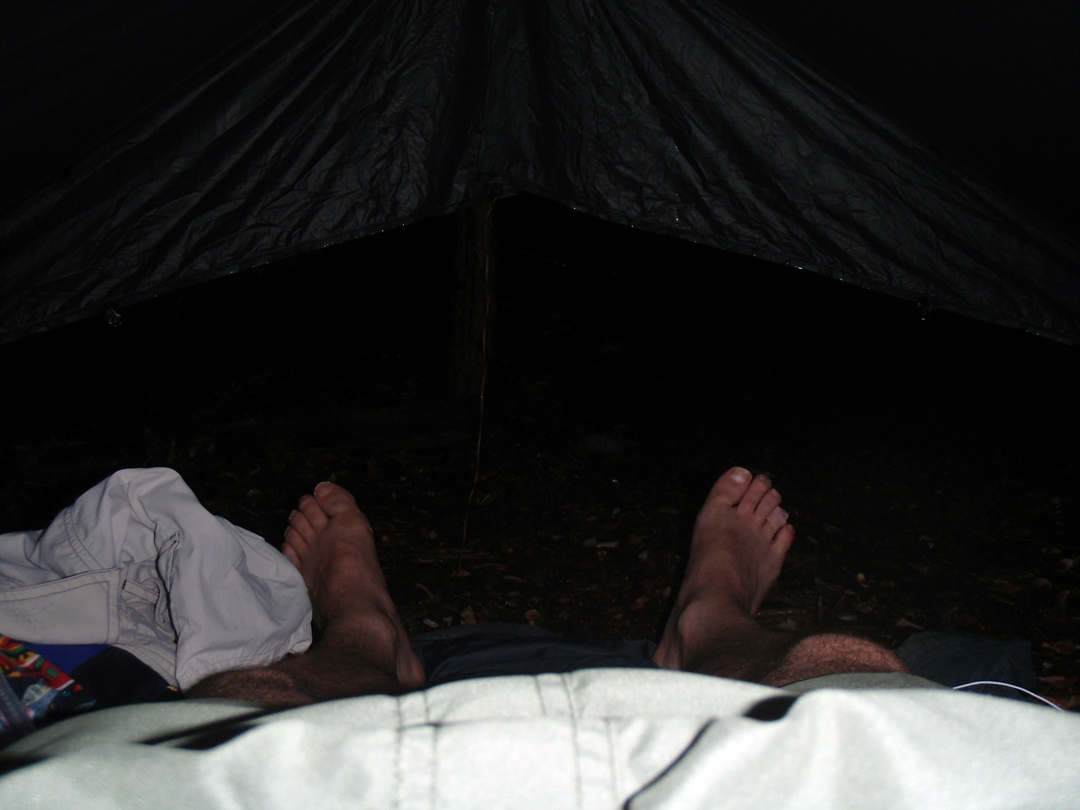 The view out the open end of the tarp beyond my feet was of the tree trunk that the tarp was tied to. The Appalachian Trail cut perpendicular behind it. On the other side of the trail, pine trees stood widely spaced to the edge of denser and darker forest, which my vision could not penetrate. That’s where I imagined a bear would come from. With the storm raging and darkness upon me, I didn’t venture out to hang my food bag. I skipped supper, so as not to send out cooking odors, and ate the last Snickers bar. The rest of my food was vacuum sealed.

During the night, I dreamed a bear sniffed at my ribs. My arms and legs felt paralyzed. I startled awake and pricked my ears. Branches clattered; rain pelted the tarp—no snapping twigs under paws, no grunting. The night grew cold; I was eager for sunrise. 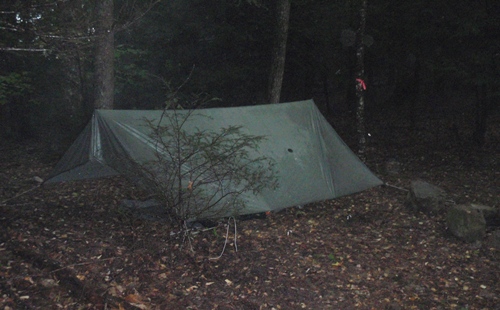 Tarp set up in pine grove, morning after huge storm.

Near No Business Knob Shelter to Bald Mountain Shelter